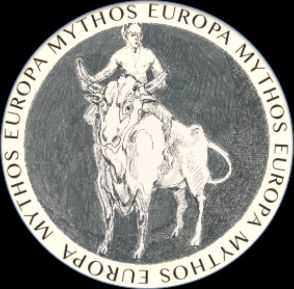 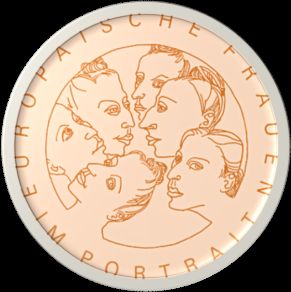 For more than 30 years ANTOINETTE, a painter of the Leipzig school (antoinette-kunst.de), has been engaged in the artistic search for the cultural identity of our continent. Extensive cycles have been created on this topic.
Europe is much more than the sum of nation states, because it has a common history, a common cultural history. Where are the roots and which paths lead into the present day and into today’s discourse?
In addition, the project ‘Myth Europa’ provides a platform. Stories from the mythology of “Europe” are told through the means of figurative painting and how we perceive these images. It is about the inner state of the continent and what image Europe conveys to the outside world.
The exhibition tour through European cities with 30-150 large-format works by the painter ANTOINETTE is intended to form the core of a series of events in which the program of events reflects on and discusses yesterday, today and tomorrow in Europe.
Stations of the exhibition tour: 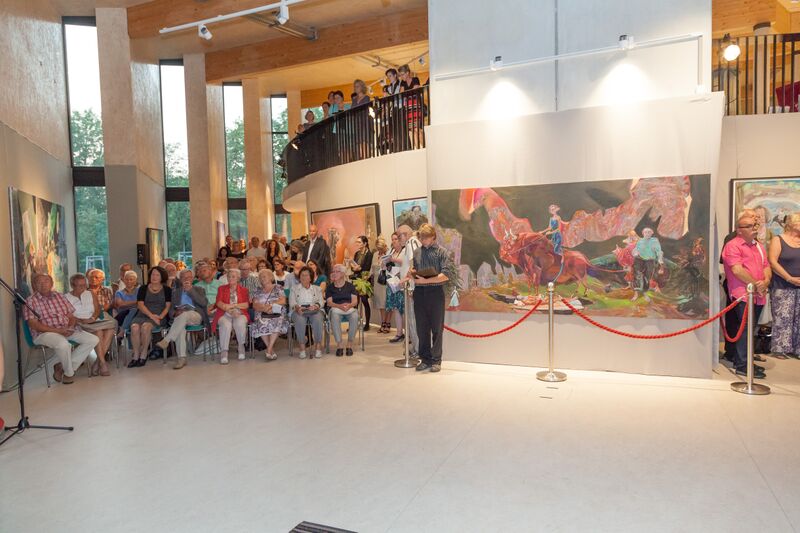 In her art, the painter ANTOINETTE dealt with the myths and legends of European cultural history at an early age. A special interest was given to the female figures, who determine and influence the events with their skill and fate, their emotions and their strength.

For over 30 years ANTOINETTE has been working on the saga of the Phoenician princess Europa, who was kidnapped by the father of the god Zeus in the form of a bull. The bull rode across the sea with Europe and landed on the island of Crete, where according to legend, he had three children with Europe.
She became the first mother of the Cretan royal family and at the same time namesake for the whole continent of Europe.
From the year 1980 a first painting of the “Lady on the Bull” is dated. Initially, she explored the role of the female figure, the formal contradictions of femininity and masculinity, and the relationship of the sexes.
Again and again, the creative thoughts circled around the motif.
Other themes were identified: they revolve around the emergence and maintenance of power, the common archaic roots of mythology, the identity of today’s Europe.
The symbolic puzzles of images increasingly refer to current political developments on the continent, to the unification and divergence of political unity, to the opportunities and risks of the single currency. In subtle terms, ANTOINETTE refers to the common history and roots of the European cultural and value system. 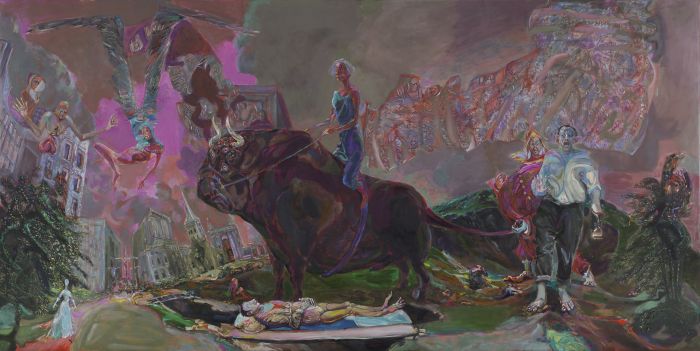 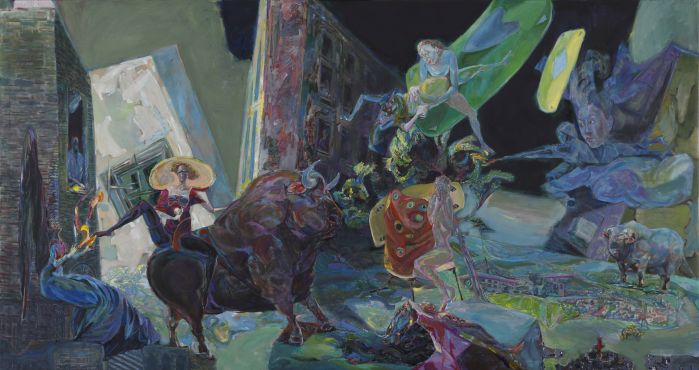 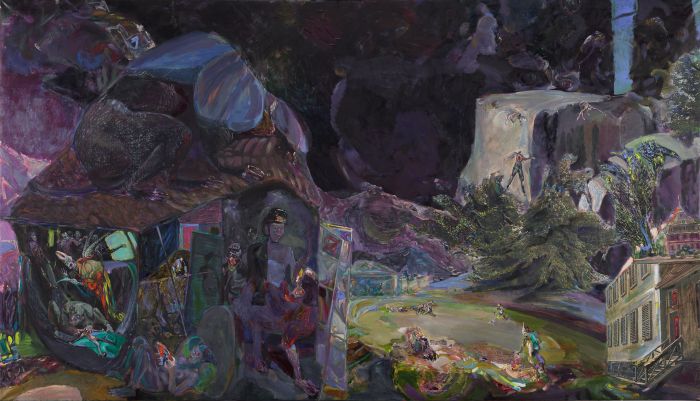 The face of the EUROPE

Since 2014, ANTOINETTE has been looking for the face of the EUROPA that gave our continent its name. In many European countries, anniversaries of the right to vote for women are due in the next few years. ANTOINETTE shows with the production of 100 life-size portraits of women from all over Europe who have shaped our society with their life and work, which has given rise to gender equality since that time. The theme of this theme can be used to show and celebrate the success of European integration.
2018 – 2023 a Europe-wide exhibition tour takes place. The exhibitions form the framework for extensive events, such as panel discussions, readings, workshops and film evenings. 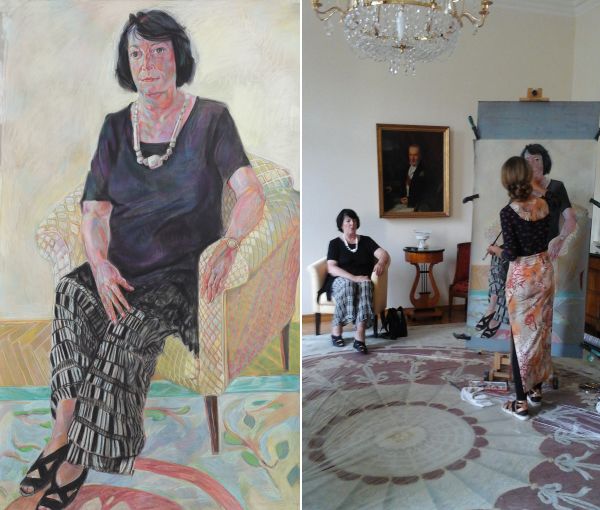 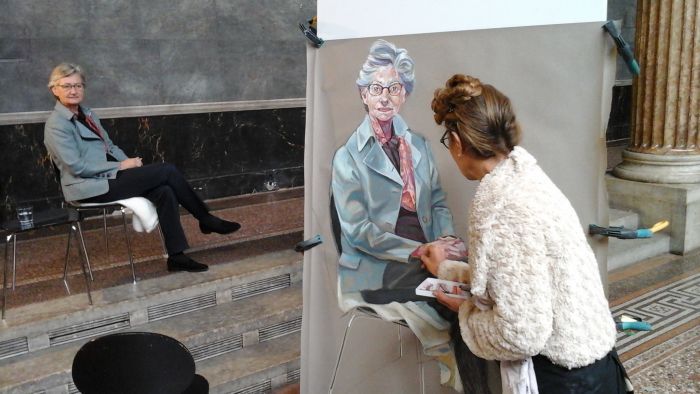 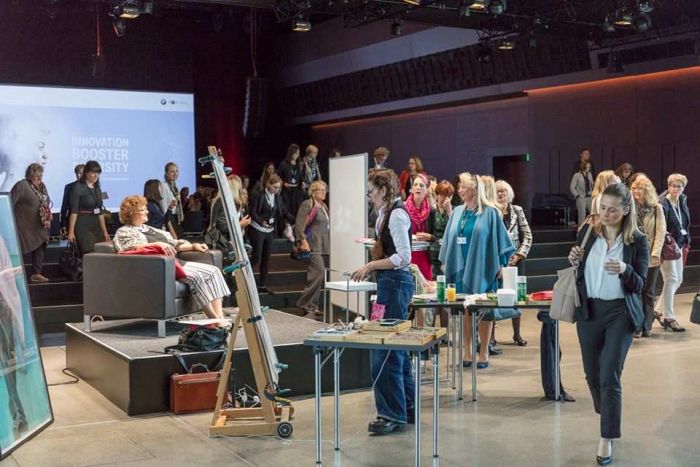 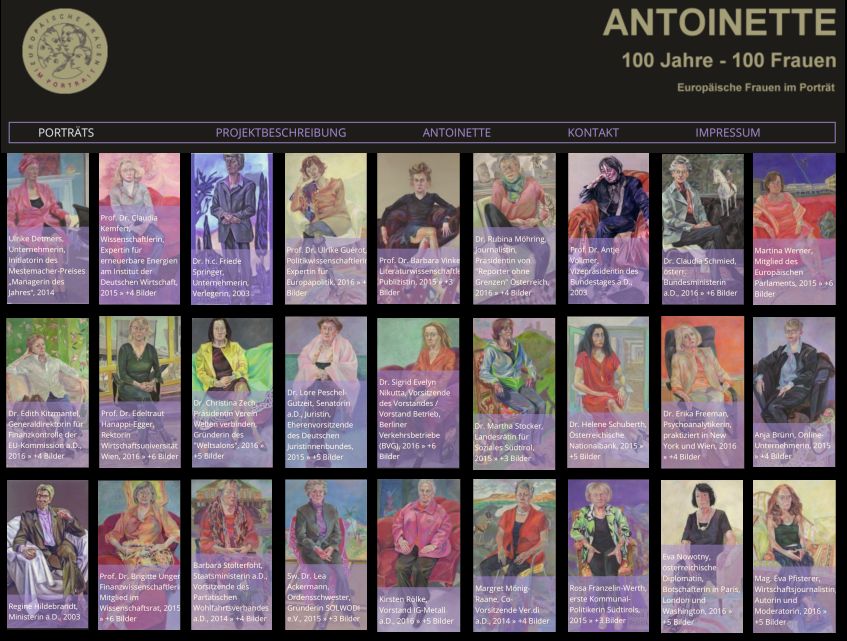 The painter ANTOINETTE is a representative of the “Leipzig School”. Her pictures and her imagery are in the tradition of her teachers Heisig, Mattheuer and Tübke.

Her training as a portrait painter with her master father Bernhard Heisig (whose portrait by Helmut Schmidt is on display in the Federal Chancellery) is the basis for extensive portraits that have emerged in recent years. These include the “Berlin Sittengemälde” that 2003 with great success in Berlin and then in Washington D.C. and New York was issued. Therefore ANTOINETTE can be counted among the most famous portrait painters of our time.

Her works can be seen in many public places. This is how a portrait of Antje Vollmer in the German Bundestag hangs, her work as a sculptor is no less successful. A bust of Egon Bahr graces his honorary grave and a sculpture of Hanna-Renate Laurien is in the Berlin House of Representatives.
Both the project “European Women in Portrait” and the project “Mythos Europa” will see numerous international exhibitions in prominent locations in the coming years. 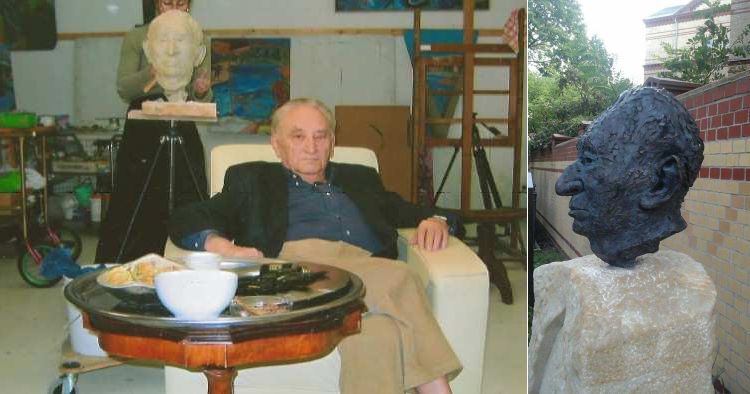